Can Alzheimers be Prevented and
Alzheimers Early Stage be Helped?

Fortunately, Alzheimers prevention may be easier we thought!  Yes there are low-cost ways to slow and prevent Alzheimers disease!

It is no longer a question of "can Alzheimers be prevented" but how best this can be done! Here's what scientists have found:

Can Alzheimers be Prevented with Nutrition?

There are many studies showing the best nutritional interventions!

This is good news!

Scientists, are showing what to use to “stimulate synapse formation” and effectively reduce Alzheimer Disease “neuropathology.”

They can now tell us which nutrition can best  “Counteract specific aspects of the neuro-degenerative and pathological processes in the brain.” 1

A Vitamin that Can Slow Alzheimers?

Yes, the B-vitamins including folic acid can prevent Alzheimers:

An Oxford University study showed that that taking vitamins B6, B12 and folic acid in medicinal quantities slowed brain shrinkage by 30% to 50% during the two years of the study.

Participants were taking supplements of Vitamin B6, Vitamin B12 and folic acid.

These low-cost supplements cover a lot of bases, so they are worth taking for Alzheimers prevention, especially for early signs of Alzheimers!

This research showed that vitamin treatment can help with memory, language and other mental functions.

This is remarkable considering it is a simple Alzheimers cure, when the meds only marginally help Alzheimers symptoms and have horrible side effects.

Scientists Agree on How Can Alzheimers be Prevented!

The research that this vitamin can slow Alzheimers is so compelling that scientists world-wide are urging its use for the elderly.

1) markedly slows the rate of whole and regional brain atrophy, and

Can Alzheimers be Prevented with Vitamin E Treatment?

Yes, vitamin E treatment in Alzheimers is important because it is a key antioxidant, so it helps to protect.

However, to best address Alzheimer causes, it is well established that omega 3 is essential:

How do omega EFA's work for treating Alzheimers?

Scientists have long report that because Essential Fatty Acids, EFA’s “suppress inflammation, augment healing, and are of benefit in the PREVENTION and MANAGEMENT of conditions such as depression, coronary heart disease, stroke and Alzheimers Disease!" 5

Build a Better Brain with the Master Antioxidant

How Can Alzheimers be Prevented with Glutathione GSH treatment?

Glutathione (GSH) deficiency contributes to "oxidative stress" and therefore appears to play a key role in development of diseases like Alzheimers.6

Can Alzheimers be Prevented with
Spices and Herbs for Alzheimer's Disease?

Why does India have a very low rate of Alzheimers disease?

Researchers have traced the fact that very few people in India get Alzheimers to the anti inflammatory action of Turmeric -- the spice that gives curry its yellow color.

Scientists say that the active ingredient in Turmeric -- curcumin -- can be used:

Can Alzheimers be Prevented? Here are the ABC's 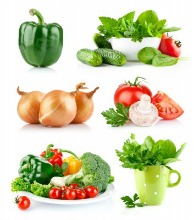 Why? Researchers at the The Mount Sinai School of Medicine, New York, New York, USA warn of a connection between high calorie intake, metabolic syndrome and Alzheimers Disease.

They show that lifestyle, especially nutrition, can be crucial in preventing Alzheimers and stopping early signs of Alzheimers.

Can Alzheimers be Prevented for Diabtecs?

"Unhealthy lifestyle choices lead to an increasing incidence of obesity, dyslipidemia and hypertension--components of the metabolic syndrome. These disorders can also be linked to Alzheimers Disease."

What's Different in People with Alzheimers?

Are there differences in the diet of people who get Alzheimers and those who don’t?

Japanese researchers compared the diets of a group of people with Alzheimers disease or with vascular dementia, to the diet of those of the same age who were free of the disease.

What were these differences?

People who had Alzheimers had EXCESSIVE INTAKE of Omega 6 polyunsaturated fatty acids (PUFA) and relative DEFICIENCIES of multiple vitamins including antioxidants, vitamin C and carotene, and the vitamin B's as well as folic acid.

Why is nutrition so Key?

The researchers explain that these dietary imbalances would cause chronic inflammation, and oxidative stress, thereby increasing the chances of Alzheimers disease and Alzheimers dementia. (vascular dementia) 10

How Can Alzheimers be Prevented the Best?

Research for preventing Alzheimers generally agrees on the following:

Take VITAMIN B and the OMEGA’s

Particularly vitamin C, E as well as the Master Antioxidant glutathione GSH have been shown to prevent damage from “oxidative stress.”

We hope you will use out tips, for how can Alzheimers be prevented!

An Alzheimers memory test can be intimidating, but act now, because Alzheimer causes can be helped!

Whether you suspect early symptoms of Alzheimer's, or simply "don't want to go there," you can stay healthy, and certainly improve all Alzheimer disease stages.

You can certainly make caring for Alzheimer's easier, and the patient more involved and self sufficient.

3. Published in the International Journal of Geriatric Psychiatry, by Celeste de Jager, a neuro-psychologist at Oxford.

How can Alzheimers be prevented with Alzheimer natural treatment:

GO TO Health Discoveries HOME PAGE from Can Alzheimers Be Prevented?