Is there a Vitamin That Can
Slow Alzheimers Early Stage? 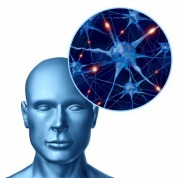 Yes, there is a proven vitamin that can slow Alzheimers early stage!

Why?  Because Alzheimers meds have very undesirable side effects.  Instead, researchers are now testing Alzheimers natural treatments.

So which one is the vitamin that can slow Alzheimers the most?

Why might you ask your doctor for a TEST for your homocysteine levels?

High Homocysteine is a marker for high inflammation, and when this is reduced, memory loss can become stabilized or even reversed!

Here's what they found out:

The group was randomly assigned to receive either a daily dose of vitamins comprising 800mcg folic acid, 500mcg vitamin B12 and 20 mg vitamin B6, or a dummy pill.

David Smith of the Department of Pharmacology and Founding Director of OPTIMA, Oxford University, says:

“The striking parallel effect of B vitamins in slowing brain atrophy and at the same time reducing cognitive decline is consistent with a disease-modifying effect of this treatment.”

The Vitamin That Can Slow Alzheimers Most?

A good diet has many vitamins and minerals. But the B vitamins are key, especially for Alzheimers early stage.

Here is what researchers concluded:

So eat your spinach and and add vitamin B supplements for slowing Alzheimers early stage.

Add Omegas to this Vitamin that Can Slow Alzheimers Early Stage

Omega 3 also has an effect of on homocysteine, along with this vitamin that can slow Alzheimers best. 2

Scientists know that anti-inflammatory agents and antioxidants work, but they also know how they work to protect the brain:

Fish oil has long been advocated as an affordable supplement to prevent or at least delay this disease.

Greg Cole, professor of medicine and neurology at UCLA (University of California in Los Angeles) and associate director of UCLA's Alzheimers Disease Research Center, and his colleagues say that:

These plaques are made of misfolded proteins called beta amyloid that are thought to be deadly to neurons.

Since the plaques are formed in the brain many years before symptoms of the disease are noticed, DHA should be included as a preventative measure rather than as an Alzheimers natural treatment only.

Scientists such as Gregory Cole are "finding a safe and effective new approach to prevention and Alzheimers Disease treatment that is tremendously exciting."

Dr. Cole is a professor of medicine and neurology at the David Geffen School of Medicine at UCLA.

These new interventions are being based on anti-inflammatory nutrition and antioxidant research.  At the center of this new approach are:

These nutraceutical brain health supplements can help to:

1) detoxify and feed the brain

2) bring down inflammation in the brain

Researchers have found that Alzheimers dementia is characterized by increased inflammation due to “cytokines” and “activated microglia.”

Many people have reversed Alzheimers symptoms using these neuro-protective proteins. We would recommend those listed in the USA Physician's Desk Reference.

Another important Alzheimer test is to rule out the possibility of statins and memory loss.

Lipitor Thief of Memory  was written by Dr. Duane Graveline after he experienced total memory blanks.

It is certainly worth a try! Certainly Dr. Graveline lost his Alzheimers Disease symptoms by stopping the medication.

We hope that you have found new inspiration to use this vitamin that can slow Alzheimers even beyond Allzheimers early stage.

Here is what scientists agree on WORLD-WIDE:

Intervention trials in elderly with cognitive impairment show that homocysteine-lowering treatment with B vitamins markedly slows the rate of whole and regional brain atrophy and also slows cognitive decline.

Alzheimer natural treatment will help with moods and functioning!

Sources for the Vitamin that Can Slow Alzheimers: