Health Benefit of Red Wine
What is the Best Red Wine for Health?

The health benefit of red wine has been well established.

However, researchers are hesitant to recommend drinking red wine for health, because over consumption has the opposite effects. The best red wine, is therefore -- not too much!

The health benefit of red wine is attributed to both the ethanol and polyphenols, or phenolic compounds in it. These play a positive role in the tissue repair process because of their:

More than moderate drinking, however, can have the opposite effect, and instead, can cause oxidative stress, endothelial dysfunction, and cardiovascular disease.1

Red wine is considered to be protective against diabetes type 2, heart disease and neuro-degeneration.

The main health benefit of red wine is considered to be "cardio protective."

This view is based on evidence from different population groups, such as The French Paradox.  The low level of heart disease of the French is usually attributed to the fact that they drink red wine.

In France they have a low level of ischemic heart disease (caused by blockages) along with a high intakes of saturated fat. This was considered to be a paradox when saturated fat was blamed for causing heart disease.

Scientists say it is the polyphenols, and the resveratrol that are mainly responsible for preventing heart disease.

The main benefit of red wine is that it lowers the risk of heart disease -- a heart attack, ischemic stroke and heart failure.

However, among scientists, there is still a debate about the health benefit of red wine, and whether light-to-moderate intake is indeed cardio-protective. Although there is extensive epidemiological support for this drinking pattern, there is not a consensus.

Here is what researchers say about the nutritional properties of red wine for also preventing diabetes type 2 and protecting against neurological diseases:

How to prevent diabetes type 2 with diet has recently become a popular topic among scientists.

Scientists say there is enough evidence to show that diabetes risk factors can decrease by drinking tea, red wine and eating chocolate, or cocoa.

Researchers are nevertheless cautious, saying there is a likely a health benefit of red wine, tea and cocoa based on observational data. Why only likely?

They say that lifestyle and other dietary factors could be responsible, and that these can also be influencing these positive results. 3

Scientists have been able to use polyphenols to arrest or reverse age-related health disorders.

Of these flavonoids, Quercetin has been shown to have an all-natural myriad of health benefits both as an anti inflammatory and antioxidant. 4

The main sources of Quercetin are:

Yes, it is true, scientists have confirmed red wine and anti aging effects.

BUT THERE'S A CATCH!

Here is what researchers found when they took a closer look at the health benefit of red wine and anti aging.

Yes, moderate drinkers of red wine have been found in population studies to have less heart disease than non drinkers.

But, which are the best red wines for health?  And here is the catch...

A research team tested wines from the regions in SW France and Sardinia that are associated with longevity to see if they were different from wines from other countries and conducted mass spectrometry tests.

What was the difference?

“The traditional production methods used ensure that the beneficial compounds are efficiently extracted. This may explain the strong association between consumption of traditional tannic wines with overall wellbeing, reflected in greater longevity.” (Nature, Nov 30, 2006)

What are these protective nutritional properties of red wine?

Professor Roger Corder from Queen Mary’s William Harvey Research Institute and Professor Alan Crozier from the University of Glasgow used laboratory tests to screen for biological activity and then purified the most potent polyphenols.

When they purified the most biologically active polyphenols, they identified PROCYANIDINS to be the most abundant flavanoid in red wine – up to 1 gram per liter they found in some traditional style red wines.

However, the researchers found the levels of this polyphenol to be so low that you would have to drink 1000 liters a day to get the benefits. To guarantee your sources of resveratrol, you are best to add a resveratrol supplement.

Traditional wines use full extraction methods, require more skill to make, and are more tannic. Newer wines are often described as having “smooth tannins” or “ripe tannins,” with less or virtually no procyanidins.

Researchers identified the following factors that affect the procyanidin content: the wine maker’s selection of grapes based on ripeness, the contact time between seeds and skins with the fermenting juice, and whether any filtration is done.

Modern style wines typically only have a few days fermentation with seeds and skin, which is only just enough time to extract the color from the skins.

Testing the Health Benefits of Red Wine and Anti Aging

YES, there are heart-protective effects of procyanidins on blood vessels, giving one of red wine's anti aging benefits.

However, you won’t get the red wine and anti aging benefits by drinking smooth, sweet, very alcoholic wines.

The clinical trials on grape seed extract have shown that 200 to 300 mg per day will lower blood pressure. Two small 125 ml glasses of procyanidin-rich red wine would provide this amount, say the researchers.

Which best red wines for health do scientists suggest?

Unfortunately the traditional wines are more costly and difficult to make, so that most wine makers choose not to make them. 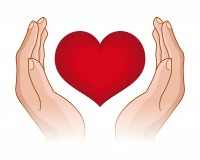 Since you need 3 to 5 glasses or red wine for best resveratrol benefits, and this which would not be advised for driving, or other health reasons, so researchers say to buy resveratrol supplement instead.

(Harvard Medical School and the National Institute on Aging, published in the journal Nature)

Can you expect life extension with a resveratrol supplement?

Resveratrol has been studied extensively. Fish and fruit flies -- when given a resveratrol supplement -- all improved their life span by 15%, or about 10 years for a human. Humans are more difficult to study, so you can draw your own conclusions.

But, it is best to get the health benefit of red wine and anti aging effects from resveratrol supplements instead.

The BEST resveratrol supplement contains TRANS-Resveratrol, which is an ACTIVE form taken from the seeds, skins, and stems of red wine grapes.

If you have an irregular heartbeat, or AFIB, here is good news! 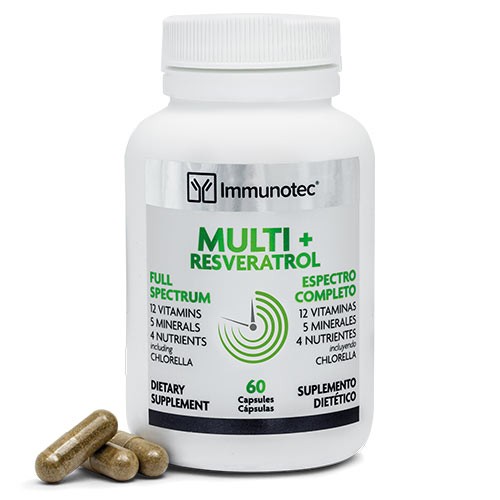 These supplements will give steady resveratrol benefits AND help your irregular heart beat, AFIB! 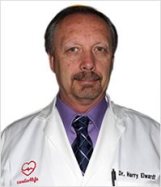 Just the health benefit of red wine may not be enough for you!

See: VIDEO and ARTICLES by Dr. Harry and find out about his formula to END heart disease.

Cheers, to the Health Benefit of Red Wine

We hope that you have found the research on the health benefit of red wine and anti aging to be helpful.

The good news is that people who enjoy a daily tipple are less likely to develop heart disease.

Yes, there have been scores of separate studies suggesting that drinking alcohol is good for your heart -- not JUST red wine and anti aging!

WHAT IS MODERATE CONSUMPTION?

THE TYPE OF ALCOHOL DOES NOT MATTER -- wine, beer, spirits, according to a "meta" study published by Dr. William Ghali in the British Medical Journal.

The health benefit of red wine, fortunately stands up to the test of science!

Although the best red wine for health is a traditional wine, the enjoyment of a glass of modern red wine can also help your health and happiness.

GO to HOME PAGE from Health Benefit of Red Wine