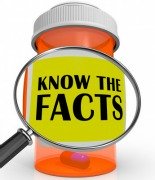 Because Alzheimers meds offer "a paucity of disease-modifying pharmacological treatments." 1  That is a medical way of saying that they are of not much use.

But more than that ... these Alzheimers meds may in fact do more harm than good.

Patients who are in advanced Alzheimer Disease stages can become aggressive and delusional.

A major U.S. study by the director of the Alzheimer's Disease Center of California study found that the usefulness of anti-psychotic drugs is greatly limited by their severe side effects, which include:

According to results published in the New England Journal of Medicine, the side effects of the drugs tended to OUTWEIGH any potential benefits. 1

Because natural supplements can help against Alzheimer causes, these can improve quality of life -- both for the patient and the caregivers!

Which Supplements Against Alzheimers Disease Can Help?

The California study is not the first that questioned Alzheimers treatment with anti-psychotic drugs.

Researchers found that because of the known lack of treatment options for this hard-to-manage group of patients, doctors keep using the drugs.

Fortunately, there is also good news.

A new understanding of Alzheimer causes is bringing new, natural interventions. These can be used alone, but they can also help patients tolerate drugs better.  How?

When any drug is used, it needs to be neutralized by the body once it has done what it is supposed to do, or it causes toxic effects known as “side effects.”

With brain health supplements that prevent both oxidative stress and toxin build up, people are able to avoid the more devastating aspects of the disease.

Ask Us for Best Supplements Against Alzheimers Disease

You may ASK US for a personal recommendation for Alzheimer disease stages:

Researchers are demonstrating that both oxidative stress and toxins play a role in Alzheimers disease:

The toxin, called quinolinic acid, kills nerve cells in the brain, leading to dysfunction and death, the scientists said.

"Quinolinic acid may not be the cause of Alzheimer's disease, but it plays a key role in its progression," Alzheimer's researcher Dr Karen Cullen from the University of Sydney said in a statement.

"Oxidative stress" is caused when there is an excess of "free radicals" that contribute to inflammation and to brain cell destruction. Antioxidants such as glutathione, vitamins E and C function to neutralize free radicals and oxidative stress.

It is well known that when we age, there is a precipitous fall in glutathione levels in our bodies.  This means we have less of the protection against disease.

And, lower levels glutathione are in fact implicated in Alzheimers disease.

GSH glutathione is the molecule in the body that fights against oxidative stress, and that neutralizes toxins.

Although scientists world-wide have long recognized glutathione’s role in protecting against both oxidative stress and toxins, it has not been a simple matter to figure out how to improve glutathione levels:

Fortunately, there are now proven to raise glutathione levels on a day to day basis

Glutathione (GSH), Dr. Gutman explains, is a small tri-peptide that has been extensively studied by medical researchers world-wide, because it functions as the body's own "master antioxidant," in that it reduces "oxidative stress" and free radical damage.

He says that "Glutathione is not yet a household word, but it soon will be, now that we know how important this substance is."

How and where does GSH fit into this picture? If heavy metals are involved in the progression of Alzheimers, GSH can play a critical role in their elimination and detoxification.

Certain studies have demonstrated that when aluminum is ‘pulled’ out of the cells using chelators, the symptoms of Alzheimers can be reduced or delayed.

And as researchers further define how free radicals contribute to brain cell destruction, the role of GSH as the primary intracellular antioxidant will come to the forefront.

Much research has been focused on the role of antioxidants in reducing Alzheimers symptoms and its progression, especially vitamin E because of its availability and low price.

A large number of post-mortem studies have compared normal with diseased brain tissue.

They reveal significant changes in GSH and GSH peroxidase levels as well as elevated levels of the powerful oxidant lipid peroxide, against which GSH is a primary defense.

Although Alzheimers disease is certainly a multifactorial problem, certain aspects must be emphasized. It is still unclear whether oxidative damage is the cause or just an effect of Alzheimer’s.

In either case, improving glutathione, or GSH levels can be a critical strategy against both of these dangers.

Research: Low Glutathione, toxins and Neurological diseases such as AD.

Alzheimers Meds Side Effects: Cause Falling and Heart Problems

Patients taking these Alzheimers meds are risking more serious side effects than many doctors and their loved ones often realize.

These drugs -- Aricept, Exelon and Reminyl -- are known as cholinesterase inhibitors for Alzheimers disease.

As an unintended consequence, these drugs can slow the heart rate and trigger fainting spells.

Because they are considered relatively safe and there aren't other options as an Alzheimers treatment.

Researcher Dr. S. Gill, reported, that patients taking the dementia drug had a 49% per cent increased chance of having a pacemaker implanted.

Patients on these Alzheimers meds had an 18 per cent increased risk of hip fractures from falling, compared to those dementia patients NOT on the drugs.

(published in the journal Archives of Internal Medicine)

Hopfully you will be inspired to try natural supplements against Alzheimers Disease.

Rgardless of Alzheimer Disease stages, these natural supplements against Alzheimers Disease do with symptoms and problems caused by the Alzheimers meds.

Return to HOME PAGE from supplements against Alzheimers Disease