Perhaps your doctor has told you about foods that fight high cholesterol?

If not, here are some surprises.  This high cholesterol advice is not about some exotic new super food from the jungle!

Researchers were shocked to find that by snacking on apples for 6 months, people lowered their cholesterol on average by 23%.

When snacking on apples, people's “bad” LDL cholesterol dropped by 23% while their “good” cholesterol, which helps remove fatty deposits from blood vessels, increased by 4%.

A pleasant surprise, according to Dr. Bahram Arjmandi, because “I never expected apple consumption to reduce bad cholesterol to this extent.”

This was an accidental finding, because Dr. Arjmandi had given a group of women a snack of 75 grams (2.6 oz) of dried apple per day. This snack was for a “control group” in a study on the effect of eating prunes for bone density.

Dried apples were used to ensure that everyone ate exactly the same amount, but fresh apples are even better.

Dr. Arjamandi speculates that it was the apple pectin, a soluble fiber, that also caused weight loss of 3.3 lbs, or 1.49 kilograms per person, on average. 1

If you want to try lowering cholesterol naturally, eating an apple or two per day would be the equivalent of the dried fruit used in the study.

High Cholesterol Advice for after a Stroke?

After a stroke high cholesterol advice would still be for an apple a day...

But in this case, add spinach and blueberries!

Researchers were amazed at the extent of neuro protection that antioxidant-rich diets provide.

Dr. Paula Bickford, a researcher at the USF Center for Aging and Brain Repair reported that the size of the stroke was 50 to 75 percent less in rats treated with diets supplemented with blueberries, spinach or spirulina before the stroke.

This is an easy, readily available, inexpensive and safe way to benefit stroke patients, and can help you avoid dangerous blood thinner medication.

Best high cholesteroll advice for after a heart attack?

Eating fish and taking omega oils and fish oil supplements is one of the best things to do:

Fish oil, a food cure for your heart, is a good place to begin.

Filled with omega-3 fatty acids, any doctor's high cholesterol advice would be to start eating fish multiple times a week and consider supplements. Which is best?

A big trial testing fish oil for people who had had a heart attacks studied over 2,000 men, and divided them into three groups:

The first group reducing fat intake did not have any difference in death rates, as changing types of fat only gave a small decrease in their levels of cholesterol.

Here's studies of the effectiveness of omega-3 fatty acids, alone or in combination with vitamin E, versus vitamin E alone or placebo for those who'd had heart attacks.

For five years, over 11,000 people who had had a heart attack within the previous three months got supplements with either:

Taking one gram of fish oil with 850 mg of omega 3 daily could save five to seven out of 1,000 patients with a previous heart attack per year, say the researchers.

THESE RESULTS ARE COMPARABLE TO LOWERING SERUM CHOLESTEROL LEVELS WITH A COMMONLY PRESCRIBED DRUG FOR ONE YEAR. 3 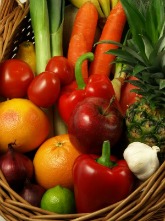 Doctors and scientists have since the 1920's reported the benefits of vitamin E, showing fewer miscarriages in pregnant women, and dramatic improvements in heart function and blood flow. (Drs. Evan Shute, obstetrician and William Shute, cardiologist)

There is a volume of research that shows that antioxidants protect not only against heart disease and cancers and stroke, but also against the aging process including eye problems like Macular Degeneration.

Scientists are still writing the book on the benefits of food versus isolated antioxidants in vitamin supplements.

MANY studies have without a doubt, shown the benefits of taking supplements.

For instance, in the Framington study of nurses, those taking folic acid and vitamin B supplements had less heart disease, along with those who had a higher than average dietary intake of folate and vitamin B6.

These results were published in the JAMA:

"Intake of folate and vitamin B6 ABOVE the current recommended dietary allowance may be important in the PRIMARY PREVENTION of heart disease."

High Cholesterol Advice: How Much?

How much to eat of fruits and veg and vitamins?

A recent study by the American Institute for Cancer Research determined that vegetables and fruits are preferable to supplements for harnessing antioxidant power.

Researchers tested two groups of people, and measured them for oxidation damage, antioxidant nutrients and defense systems after 25 days.

Everyone ate the same basic diet, but the one got about six servings of fruits and vegetables a day, while the other got a vitamin and mineral supplement.

Other research shows that this increased effect levels off at about ten to twelve fruit and vegetable servings a day. After that, adding more does not really seem to matter.

Biggest Bang for the Bite!

Buying organic products may be your best bet yet!

Why? Slowly but surely, the evidence is mounting.

For instance, The European Journal of Nutrition recently reported findings showing that organic red oranges have:

2.  a higher total antioxidant activity, AND