Did you know you are more likely to find the best breast cancer treatment if you get a second opinion?

Here's why you will want a second opinion, according to a study at the University of Michigan:

Here's what a research team, headed by Dr. Michael Sable, found out:

They followed 150 women diagnosed with cancer, who had a biopsy to confirm the tumor, and who were given a treatment course that was set. 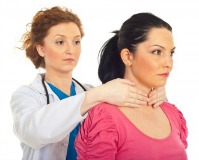 Surprisingly, this group of experts recommended the following changes for breast cancer treatment. Here's what they suggested instead:

The big message from the study, said Dr. Sabel, is that a multidisciplinary approach gives the best answers:

"It was a surprise that half of the patients had a change in treatment!"

Ideally, all cancer patients should have the benefit of such a multidisciplinary team conference approach.

Britain, for instance, has instituted such a team diagnosis for cancer, and the  team also decides on a protocol for the treatment.

What were the results in Britain?

Biopsy Results Only Accurate Half the Time?

Even with a biopsy, the results are accurate only half of the time, it turns out!

A US study of 115 patients had pathologists' results double checked by three experts.

An editorial in the Journal of the American Medical Association, where the study was published in 2015, said that the results were troubling, showing that pathology is an "imperfect science."

For the best breast cancer treatment, best to realize that we are all human!

Getting a second opinion can protect against the real chances of a false positive or a misdiagnosis!

Good doctors are not likely to be offended by a patient who wants a second opinion. There are many areas in which doctors can legitimately disagree.

PRO: Breast cancer treatment is a complex, ever-evolving area. The tests patients undergo rarely supply simple “yes” or “no” answers and, even when it is obvious that there is cancer present, the specific type of cancer may not always be evident, and can certainly have impact on treatment choices.

A second set of professional eyes reviewing your biopsy or CT scan is inevitably beneficial.

CON: Second opinions can have their draw back. For instance, two doctors could disagree. Then what? Do you need a third for a tie breaker?

Consider that the specialty of the person who is offering the opinion is very important. Why?

What is the solution? A team approach is ideal. What a patient really needs is the benefit of a broad range of opinion from experts with varying backgrounds for best breast cancer treatment and recovery.

Hopefully, if you have been diagnosed with breast cancer, you will be able to arrange a “care conference” that involves you participating in any debate and decision-making process for choosing your best cancer treatment options.

Does the value of getting a second opinion outweigh the possible harm from delaying the treatment of breast cancer?

While breast cancer treatment options are being sought and evaluated, you can:

Adding immunotherapy cancer treatment may be an option for you.

While immunotherapy is not yet widely available for all cancers, it may be worth looking into. Why?

Ask Us for a Recommendation

You will do better if you strengthen your immune system!

We hope that you have been inspired to find the best surgery, chemo breast cancer radiation therapy for you!