What's the best vitamin d dosage for YOU when you can't be in the sun?

Will fortified vitamin d foods or foods high in vitamin d give the right vitamin d dosage you need?

Surprise, but experts say that you will need to drink 100 cups of fortified milk to keep from being vitamin D deficient!

A much HIGHER Vitamin d dosage than usual is needed to REVERSE the vitamin d deficiency symptoms of chronic diseases, according to new research.

Scientists set out to test if they could REVERSE these diseases, and if these are in fact symptoms of vitamin d deficiency!

To test the vitamin d dosage needed for people to improve from these diseases, researchers gave half a group of people with Crohns disease 1000 IU’s of vitamin D per day, and the other half got 10,000 IU’s every day.

But those taking the vitamin d dosage of 10,000 IU’s for six months, reported a SIGNIFICANT Vitamin d BENEFITS:

Scientists are now advocating vitamin d supplements with a higher vitamin d dosage as a safe and easy intervention for:

Finding the right Vitamin D Dosage for You

To solve a vitamin D deficiency, however, you need to get your blood levels checked by your doctor.

Solving both the the vitamin D and B deficiency improved their "restorative" sleep, and as a result, a wide variety of medical problems cleared up for them.

You May Ask Us:

Neurologist Dr. Gominak cautions that everyone is different, so you need to know your vitamin D blood levels to correct a deficiency. Medical supervision is recommended, because D deficiency symptoms also include a vitamin B deficiency.

There is a somewhat narrow window for these vitamins to be effective for "restorative sleep" -- it is a specific range for too much and too little:

Here’s what scientists are saying about the causes of vitamin d deficiency and Vitamin d benefits for many cancers, MS, Multiple Sclerosis, diabetes and heart disease:

Researchers found that a “high normal” vitamin d dosage, from 400 IU’s to 1000 IU’s per day – DOES NOT help people if they already have symptoms of vitamin d deficiency, such as a bowel disease like Crohn’s disease!

Many diseases have vitamin d deficiency symptoms -- low levels of vitamin d -- say researchers, and this is contributing to many health problems.

Scientists at Oxford University, headed by Andreas Heger, a professor at the MRC Functional Genomics Unit, are shedding a new light on the wide range of symptoms of vitamin d deficiency.

This, they say, could explain that vitamin d deficiency symptoms can effect such a wide range of conditions, including:

Unless you get LOTS of sunshine all year round, you’ll need EXTRA vitamin D3, and NOT just from your food. Why?

Why not just foods fortified with vitamin D1 and D2?

Why not depend on fortified vitamin D foods?

You need either sunshine or Vitamin D3, which is as premium as it gets.

Yes, there are many foods that have been fortified with a synthetic form – vitamin D1 and Vitamin D2.

Vitamin D3 is the NATURAL form of vitamin D. D1 and D2 are the synthetic version.

No, the synthetic ones should NOT be taken in large amounts. Why?

We create and absorb vitamin D through our skin from sunlight.

Sheep do the same through their wool as the sunlight never reaches their skin.

Beware of some supplements using this shoddy, worthless alternative of vitamin B1 and vitamin B2!

I recommend that you take a tour on the website of the world’s authority on vitamin D, the Vitamin D Council.

Not only will they break down for you all of the health benefits of supplementing with vitamin D3 but they specifically dictate that research indicates healthy adults and adolescents should receive 5000 IU of vitamin D3 per day.

I'm about to show you one formula that uses the ULTIMATE VITAMIN D so you can help protect your body from the ravages of aging. In fact, it's...

The same POWERFUL form used in these groundbreaking studies As I mentioned, the results to these eye-opening studies are pouring in fast.

What's the one thing they have in common? They're all about vitamin D3? That's the form you need!

In the face of shocking studies, the AMA called on the FDA to re-examine their advice regarding vitamin D.

They stated, "The health benefits of vitamin D are plentiful, such as strong bones. It's time Americans know the appropriate levels so they can reap the full health benefits." 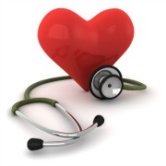 The world’s authority on vitamin D the Vitamindcouncil.org recommends taking a MINIMUM vitamin D dosage of 5000 IU of vitamin D3 every day! Why?

The “old” recommended daily vitamin D dosage has been an RDA of 400 IU per day. This was intended to prevent Rickets, which had been known for a long time to be caused by Vitamin D deficiency.

Is YOUR vitamin D supplement Worthless as Sawdust?

Vitamin D2 is often crammed into supplements and prescription pills because it's dirt cheap.

Vitamin D3, however, is as premium as it gets.

In fact, scientists at Creighton University and Medical University of South Carolina proved with a controlled, double-blind study that revealed vitamin D3 is 300% more effective than D2.

You see, scientists found that both forms raised vitamin D blood serum levels, while vitamin D2 reached its peak and petered out in just 3 days.

Even better, D3 maintained high blood serum levels for the entire study, while D2 plummeted down the charts after its peak.

There are only a few foods high in vitamin D naturally.

Some of the best vitamin D foods are:

One tablespoon of the oil can give you the highest Vitamin D dosage for the day – approximately 1,000 IUs of vitamin D.

The dried versions of shiitake mushrooms are high in Vitamin D, particularly if they have been dried in the sun, not artificially, so for vegans these can add to your daily vitamin D dosage.

If you are vegetarian or vegan, you will have to take vitamin D supplements or get lots of sunshine.

We hope you have found our postings about causes of vitamin D deficiency to be helpful.

Although there are some foods high in vitamin d, there are very few good vitamin D foods, and it is wise to get all of the vitamin d benefits with vitamin supplements of Vitamin D3.

Best to avoid symptoms of vitamin d deficiency in:

You can avoid these diseases now listed as part of vitamin d deficiency symptoms, which includes:

Genetics researchers at Oxford University’s Functional Genomics Unit are showing the effect of Vitamin d on the activity of 229 genes!

This, they say, explains symptoms of vitamin d deficiency linked to such a variety of diseases such as dementia, breast cancer and auto immune ailments including Multiple Sclerosis, Type 1 Diabetes, Lupus and Crohns Disease!

If you live where there is winter, we hope that you will avoid serious vitamin d deficiency symptoms.

We hope that if you have any diseases related to symptoms of of vitamin d deficiency that you get your blood levels checked!