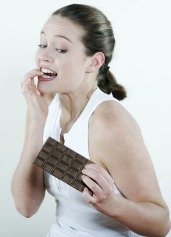 Where to start for avoiding teen eating disorders?

The teens in your life need all the support you can give for them to feel good about themselves, and to eat nutritious food.

Here's help for being pro-active about teen eating disorders with attitudes and tricks that researchers say work:

Food, pleasure and enjoyment go hand in hand. Worry and stress are linked with over eating.  But what about guilt?

Have you ever seen anyone with a "forbidden food" like a piece of cake saying, "I should not eat this..." and then go ahead and eat it anyways?

In a study called "Chocolate cake. Guilt or celebration?" researchers checked which attitudes were helpful for losing weight when presented with a treat: feeling guilty or feeling like celebrating.

In fact, the researchers said that guilt did not have any motivational value at all, but instead went hand in hand with feelings of having less control over one's eating behavior.

Over a period of three months, those experiencing guilt lost less weight than those who associated chocolate cake with celebrating.

Kathleen E. Leahy, a researcher at Penn State University, found that it is best to begin by using a few new tricks. What are some of these?

In the study, the nutritionists made two different pasta dishes — one had broccoli and cauliflower blended into the sauce, and less calories, and the other, with no vegetables but with higher calories.

The difference was that the vegetable one was packed with high amounts of fiber, vitamins and antioxidants, as compared to the other.

Sugar drinks are among the biggest causes of weight gain. Even diet pop!

Researchers say it's important to have your teen grasp the fact that sugar-laden drinks and soda pop can make them fat – even the diet stuff.

The pre-teen, teenage girls and women ages 19 to 49 in the study, who drank more milk and fewer sweetened beverages of all types, had a significantly lower body mass indexes than those who drank little milk and more sweetened drinks.

Teens, both boys and girls, have a better chance of less belly fat if they ditch soft drinks in favor of milk, according to a U.S. study presented at an obesity conference.

"It suggests that consuming more dairy would help you have a slimmer middle and that it can also help you with maintaining weight," Rachel Novotny, chairwoman of the nutrition department at the University of Hawaii at Manoa, reported. "But you need to watch the soda intake."

The benefits, however, were offset by drinking soft drinks!

This might sound like a dairy ad, but Ms. Novotny said her research was not funded by the dairy industry.

Canadian researchers also found that girls and women who avoid calcium have bigger waist sizes than those who eat either moderate or large amounts of dairy with calcium.

Can dairy fat also be part of healthy teen eating?

They are among the requirements for helping young girls build bone mass needed to ward off osteoporosis in later life.

We hope that we have inspired you to use new tricks and attitudes against teen eating disorders.

Low fat diary has been in fashion for so long that it is difficult to think that a healthy eating teen would eat cheese and yogurt and drink milk for belly fat weight loss!

For guaranteed nutrition, you may want your teen to add a tasty protein - fruit and veggie shake.

Meet Dr. Harry Elwardt, who has a PhD in nutrition: 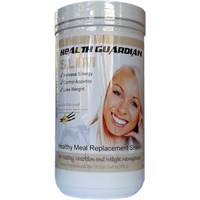 Add an attitude of celebration, and your kids can be set up for a healthy life without the hurdles of teen eating disorders.