Why is sunshine among the newest cancer treatments?

Ironically, sun exposure may be one of the newest cancer treatments for a variety of cancers, and this includes the feared MELANOMA, according to findings published in the Journal of the National Cancer Institute.

New research is showing that sunlight exposure, a major risk factor for the potentially deadly melanoma, may also help victims survive that disease!

According to the study led by Marianne Berwick of the department of internal medicine at the University of New Mexico, who looked at 528 melanoma victims over five years, found that:

In this study, a research team led by Karin Ekstrom Smedby of the Karolinska Institute in Stockholm, Sweden, studied 3,000 with, and a similar number of people without lymph cancer, in Denmark and Sweden.

Researchers now suspect that lymphoma is one of the symptoms of vitamin D deficiency!

Another study showed that men exposed to a lot of sunlight have a lower risk of prostate cancer. Why?

The study, published in the journal Cancer Research, involved 450 white men, where the researchers concluded that vitamin D PROMOTES NORMAL GROWTH of prostate cells and INHIBITS THE SPREAD of any cancerous cells beyond the gland.

The protective effect of sunlight did vary, and was strongest for men who had inherited a variation of a gene that helps regulate the body's use of vitamin D.

Prostate cancer is certainly one of the surprising vitamin d deficiency symptoms! 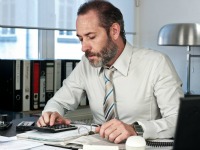 Prostate Cancer has also been related to lack of sunshine, and with less exposure to sun, men in northern latitudes have higher cancer death rates.

These findings were presented by Dr. Haojie Li, and involved nearly 15,000 men in the Physicians' Health Study at Brigham and Women's Hospital and Harvard Medical School in Boston.

Their research emphasizes the importance of getting moderate sunshine and D vitamins for immune system strength.

Go Outside and Play!

The tendency to keep children out of the sun is also limiting their vitamin D, causing low bone mass.

Today's younger adults may have inadequate stores of this nutrient.

“When you were little and your mother said, ‘Go outside and play,’ it wasn’t just to get you out of her hair,” a prostate specialist from the Cleveland Clinic, Dr. Eric Klein advises, suggesting sunshine to be needed with naturally healthy lifestyles. 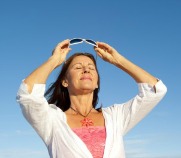 Scientists are still trying to figure out what it is exactly about sunshine that is one of the best newest cancer treatments.

New research is showing that vitamin D has more functions than it than was originally thought, and important for the immune system.

Inadequate levels of vitamin D have definitely been associated with breast and colon cancer -- colorectal cancer.

The best of vitamins for immune system strength, vitamin D3, can be taken to enhance recovery from cancer.

There is still a ban on the use of tanning beds for teenager, because research has proven there to be a direct link between the use of sun beds and cancer.

In fact, the World Health Organization (WHO) has warned against the use of sun beds.

They particularly recommend teenagers avoid sun bed use, because “It is known that young people who get burnt from exposure to ultraviolet will have a greater risk of developing melanoma (the most dangerous form) later in life.”

Go Outside - Just Don’t Overdo It! 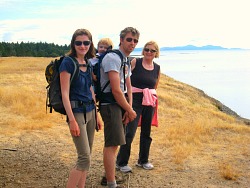 Doctors are not going to suggest that you go and bake in the sun as the newest cancer treatments.

But they may soon be recommending 20 minutes a day of sunshine, because we need vitamin D!

The reason for this change of heart is that a new problem has emerged, even in sunny Australia - vitamin D deficiency.

There is a concern about vitamin D deficiency symptoms because of increased  risk of a range of diseases from cancer to osteoporosis -- so that vitamin D is now recommended as best of vitamins for immune system, not just for strong bones.

The Cancer Council of Australia has said that:

"A balance is required between avoiding an increase in risk while achieving enough ultraviolet radiation exposure to achieve adequate vitamin D levels."

Cheer Up In The Sun!

Intuitively, we know that sunshine cheers us up, and that too little of it is harmful to us. Even cats will find just that little spot of sunshine in the corner of the room and curl up!

Use sunlight and Vitamin D3 supplements as newest cancer treatments for the immune system.  This helps ALL cancers, but especially:

So make sure you get enough vitamin D3 and sunshine for better recovery, knowing you are taking the newest cancer treatments!

When To Cover Up? 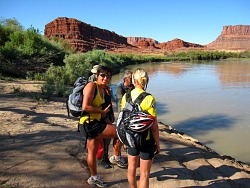 Dermatologists suggest paying attention to the UV index which predicts the strength of the sun's ultra violet rays.

As the index approaches 3, start to cover up -- wear a hat, sunglasses and put on sunscreen.

When the index passes the 6 mark, UV rays have to be taken very seriously -- start planning activities in the shade.

If you have cancer, you will want a high immune system to improve your chances.

Vitamin D3 is part of the puzzle toward a high immune system, but with cancer you will want more assurance...

Immunotherapy is increasingly being used along with radiation and chemotherapy treatment in cancer hospitals.

If your doctors are not offering you immunotherapy as part of your treatment, you can now buy medically proven supplements for a high immune system:

We hope you have found our article about the newest cancer treatments helpful. 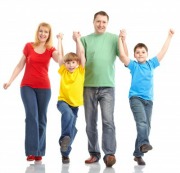 Scientists are still figuring out the right vitamin d dosage as the newest cancer treatments.

If you have Melanoma, Colon cancer, Lymph, non-Hodgkin's lymphoma, prostate cancer or breast cancer, you are wise to get more sunshine AND take a therapeutic vitamin d dosage of vitamin D3.

You will also want to add the best supplements for immune system strength:

With a high immune system you are healing cancer naturally. You will perk up in the sunshine and enjoy life to the fullest -- hopefully for a long time!!!