How to be Happy? Natural Cure for Depression? Write Yourself a Love Letter!

Want to be happy? What is happiness?

Instead of studying depression and disease, as researchers did in the past, scientists also telling us about happiness:

Numerous studies have established that DEPENDENT and SELF-CRITICAL personality types are at high risk for DEPRESSION.

How to be Happy: HOW BEST TO GET OVER SOMETHING?

Researchers found that the best way to get over something is to have compassion for yourself, look to the future, and to nurture yourself by writing love letters!

• A study found that individuals who wrote themselves a COMPASSIONATE or OPTIMISTIC letter every day for a week were LESS DEPRESSED up to three months later.

And they reported an overall increase in happiness after six months.

Here is what they did to be happy:

Natural Cure for Depression: Which Type are You? 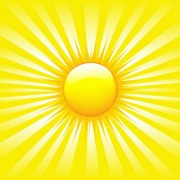 Participants of the study were assigned one of three conditions: self-compassion, optimism or a neutral control condition.

1) In the SELF-COMPASSION exercise, participants were directed to address an upsetting event, attempting to comfort themselves as they would a friend in a similar situation.

2) Those assigned an OPTIMISTIC task were instructed to visualize a future in which current issues were resolved, and give themselves advice on paper on how to get there.

3) In the CONTROL condition, participants wrote freely about an early memory.

Researchers found that SELF-CRITICS experienced the greatest benefits from OPTIMISM exercises, whereas those with more CONNECTED personalities profited most from SELF-COMPASSION.

• “Interestingly, we noted significant improvements in mood for all participants except those who exhibited extreme neediness.

• The idea was to try and be good to yourself, to realize your distress makes sense and provide the words you would need to hear to feel nurtured and soothed,”

Natural Cure for Depression: Choosing to be Happy?

THE MAJOR ROUTE TO HAPPINESS, discovered a team from Gothenburg University in Sweden, is goal-oriented work: the successive positing and achieving of specific challenges.

WHAT ABOUT WEALTH? The very wealthy, like Microsoft's Bill Gates and British businesswoman Nicola Horlick say that they will not be leaving their fortune to their children, but rather, to charity.

Barron Hilton has also said he would be doing the same thing with 97% of his $23-billion fortune, as his grand daughter Paris Hilton's antics seem to have shown him that giving unearned wealth is not what he wants to do.

ACHIEVEMENT is important, but researchers studying happiness also say that we constantly over estimate how happy we will be when we get that new car, new house, win the lottery, get a new outfit, a promotion, and so on.

What is actually most important, is our enjoyment of and the surprises of the "ordinary," including meeting with a friend, experiencing the changes in the weather, a joke, enjoying that cup of coffee and the fresh air after the rain.

THE VERY WEALTHY now know not to just give their fortunes to their children because we need to set out and achieve our very own challenges.

Both scientists and philosophers are concluding that unhappiness and depression are ADDICTIONS or HABITS OF THE MIND, but that we can free ourselves from these negative habits and patterns!

Natural Cure for Depression: Fun and Joy in Every Day Things

WHAT MAKES ME HAPPIEST, says psychologist Oliver James, author of "AFFLUENZA," is “telling my daughter her bedtime story, when I manage to make one up that really makes her laugh, and the gradual shift in her breathing as she drifts off into the land of nod.”

• HAPPINESS AND PEACE OF MIND IS JUST ONE THOUGHT AWAY, IF YOU CAN FIND THAT ONE THOUGHT...according to Sydney Banks. I met Sydney years ago when he gave a talk about having had a flash insight, and suddenly seeing through ALL HIS INSECURITIES!

He realized in one moment that his fears were based on thoughts, and he was never unhappy again, or at least only momentarily until he could "change his mind" about any negative thought he had.

"THE PAST," HE SAYS, "IS BUT AN ILLUSION, AND NEGATIVE ILLUSIONS ONLY EXIST IN ONE'S THOUGHTS."

His advice? "Deal with it, Get over it and Move On."

You can see his site or contact the Medical Institute that has been inspired by his ability to help bring ordinary people to a higher level of contentment at the West Virginia Initiative for Innate Health. 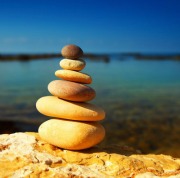 Meditation is being used successfully for mood disorders, to balance people's brains.

Patients with depression, anxiety and chronic pain were given eight weeks of mindfulness meditation. They were then shown a sad movie while their brain was being scanned during the sad parts.

This training seemed to quiet the parts of the brain that respond to negative emotion with rumination and self-judgment, as well as activating another brain region that integrates information about heart rate, posture and movement.

• MINDFULNESS-BASED PSYCHOTHERAPY is growing rapidly in popularity, and there is a $2.5 million clinical trial underway to assess whether it can prevent relapses as effectively as anti depresssant medication.

Dr. Zindel Segal is heading this study, and he is a pioneer in the field of assessing the value of mindfulness meditation as a treatment for mental illness and depression.

• How to be happy? “By WANTING EVERYTHING, BUT NEEDING NOTHING," says author Neal Donald Walsh. To keep from obsessing about stuff, he knows that “there is more where that came from.”

Did You Overcome Depression? Tell us How:

We hope that our postings on happiness have been of help.

Let us know if you wrote yourself a love letter or watched the HAPPINESS MOVIE. And let us know what it took for YOU to get over depression to be happy again.